This report was designed to be a resource for all nonprofits, so we made downloadable versions of many of the charts and images. We encourage you to use and share this information with others (with attribution). Click on any of the graphics below to download an image you can use in presentations or on social media.

America’s 1.3 million charitable nonprofits feed, heal, shelter, educate, nurture, and inspire people of every age, gender, race, and socioeconomic status, from coast to coast, border to border, and beyond. 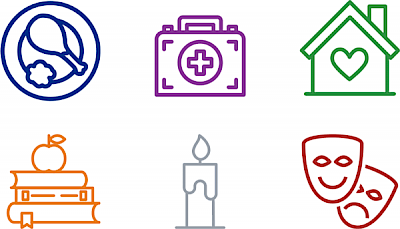 Nonprofits are where Americans come together to solve problems.

Nonprofits are promoters of civic engagement.

Nonprofits are building blocks of democracy. 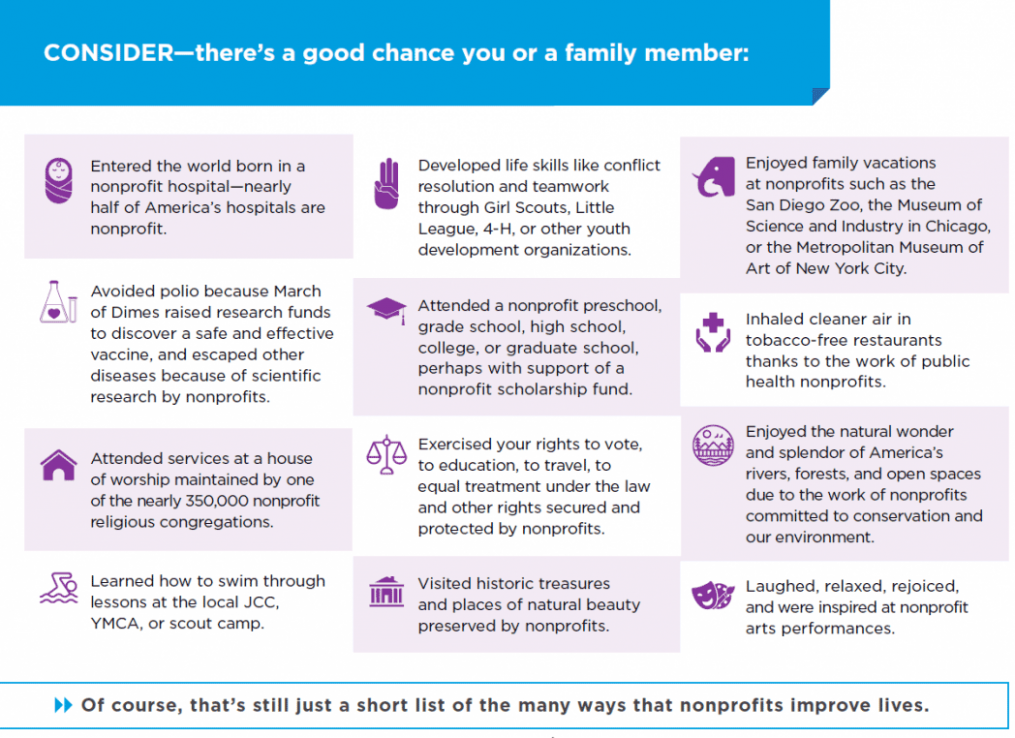 Nonprofits by the Numbers

97 percent of nonprofits have budgets of less than $5 million annually, 92 percent operate with less than $1 million a year, and 88 percent spend less than $500,000 annually for their work. The “typical” nonprofit is community-based, serving local needs. 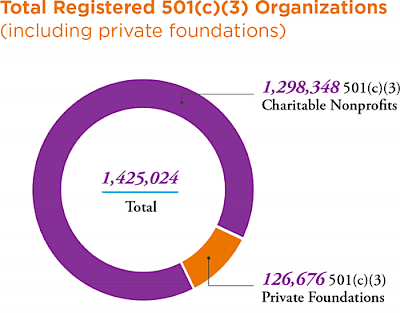 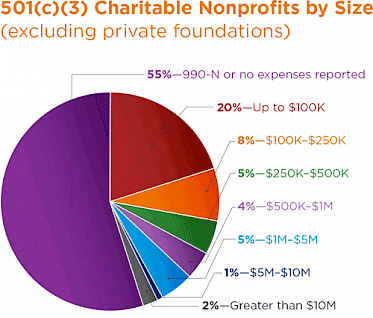 The entire nonprofit sector earns more than 80% of its revenue via private fees for services and performing government grants and contracts (although each individual nonprofit has its own revenue mix—there is no standard one-size-fits-all). 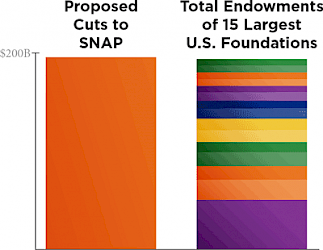 Foundations Can’t Replace Government Cuts
(even if they wanted to)

Consider: The White House proposed cutting $193 billion from the Supplemental Nutrition Assistance Program (SNAP). It didn’t happen, but if it had, the amount of money needed to replace such a large funding gap would have required the equivalent of the 15 largest foundations in the country (such as the Gates Foundation and Ford Foundation) to cash out all their assets and permanently close their doors.

Changes in a state’s laws can be just as consequential as changes in federal law for charitable nonprofits in that state. As this chart reveals, the likelihood of changes in state laws are significantly higher than changes at the federal level.

A Call to Action: What You Can Do

Nonprofits face challenges that are larger and more complex than any one individual or organization can solve alone. You can help by taking action:

Share the report with nonprofit staff and board members, volunteers, and donors.

Join the state association of nonprofits in your state. There is power in numbers.

Be a champion for nonprofits by spreading information about how advocacy can advance nonprofit missions.

Thank you for downloading the report!

Thank you so much for contributing to the work of the National Council of Nonprofits. Please click the button now or wait to be redirected to councilofnonprofits.org!

Support the National Council of Nonprofits